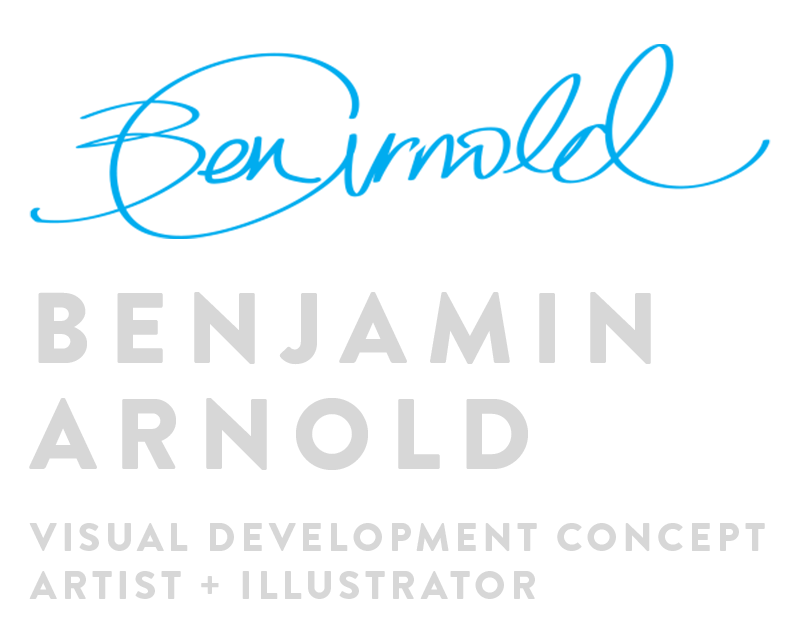 An environment piece I made for a personal project called "The Primals." This is the throne room of the main villains called the Divine Triumvirate, a group of egotistical narcissistic beings with a god complex. Because of their egos, the throne room is decorated with a series of statues of the Triumvirate displayed throughout the room made out of black and white marble and soul crystals fitted into the architecture. Some of the soul energy also travels through carvings around the room.

This particular environment also serves as the final battleground between my heroes and the Triumvirate, which you can see with the swordswoman, Leone facing off with a possessed Toki standing before the Triumvirate on their throne and their minions on either side of the room.

In the process of making this environment, I explored on the design of the throne, some of the statues and pillars as well as the tapestries on the wall. I have also been experimenting recently with integrating 3D into my workflow, so I made the base of this scene in Blender. 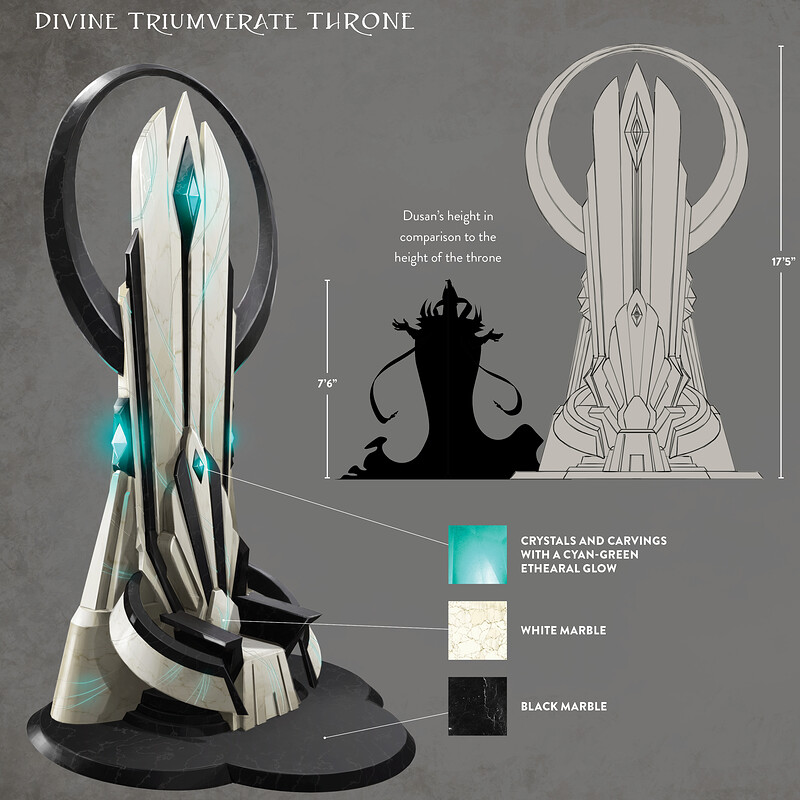